Locations article
Willendorf as it appears in Blood Omen: Legacy of Kain.

"Willendorf, proud defender of the Realm, with its Warrior Elite and mighty ruler King Ottmar. The Lion Throne had once held my allegiance. But Willendorf’s days of glory had passed; it was the last bastion against an unruly future."
―Kain — Listen (file info)[src]

Willendorf was a city and settlement that appeared in Blood Omen: Legacy of Kain.

Willendorf was located to the South of Avernus and it comprised of a walled city and castle surrounded by the Lake of Serenity, which acted as a moat of sorts. To the east of the City, was the town, where peasants lived. Willendorf was the Kingdom of King Ottmar and was known for being peaceful and prosperous, in part thanks to its Provincial Mines to the east of the town

Kain travelled to Willendorf when testing the pillar of time, after being advised by Ariel (and earlier Moebius, in the guise of "the Oracle") that Willendorf's army was the only one that could defeat the Legions of the Nemesis . Kain however was unable to gain entry to Willendorf City as only those of noble blood were allowed to enter the City itself. (Kain's Disguise Form only made him look like a human peasant). Kain had to upgrade his disguise form and in the nearby Provincial Mines, he was able to find the Beguile form, which allowed him to regain his previous air of nobility and enter Willendorf.

Inside the City, he found the King in mourning for his daughter, whose soul had been stolen by Elzevir the Dollmaker in a dollmaking contest. Kain set off to find the Dollmaker and when he returned with the Doll containing the Princess' soul, Ottmar's sorcerers were able to restore her. As a reward, Ottmar offered Kain half his kingdom, but Kain declined in exchange for using his army against the Legions of the Nemesis - to which Ottmar agreed. In the Battle of the Last Stand, the Army of Last Hope was defeated and Willendorf presumably conquered, and its peaceful serenity destroyed. 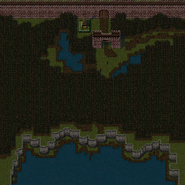 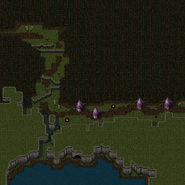 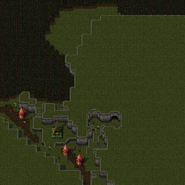 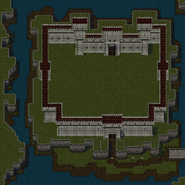 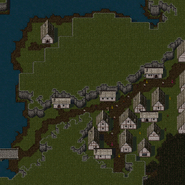 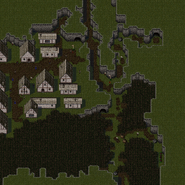 Retrieved from "https://legacyofkain.fandom.com/wiki/Willendorf?oldid=188970"
Community content is available under CC-BY-SA unless otherwise noted.