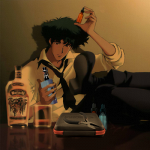 Hi, welcome to Legacy of Kain Wiki! Thanks for your edit to the Sixth game page.

Hi Liquid Speaker,
First, to say thanks for joining the wiki and expressing interest in helping out. I'm Dubiel, the second main admin here (you met Baziel already). You're very welcome to the place and we hope to see you come back frequently.
Just wanted to press a small point regarding the Sixth game article which you've been editing... I only want to ask you not to just add in observations and remove data without starting a discussion first. I decided to revert the changes you made, here's why - to some extent, it's fine to jump in and edit anything you like, especially with articles which are clearly unfinished, but that page is an important one and it's at a rather high standard the way it is.
Obviously it can always be improved in both constructive and destructive ways, I'm by no means saying it's perfect, but frankly, it is very low priority on the (vast) list of things which need more attention here. So ordinarily, to propose changes like the ones you made, you would ideally want to give a reason on the article's talk page first, or at least leave a quick edit summary indicating why you're doing what you're doing.
This is not a warning or anything, just a head's up. You're a brand new user at this wiki and seemingly eager to assist, so I might suggest editing one of our many empty or low-quality articles. Finishing these is a mammoth task, and we really would be grateful for help with any of them. Not quite so much with pages which are currently well-referenced and essentially close to being complete.
That's it, anyway. Good luck! --LoK-Aevum (talk) 21:25, May 29, 2013 (UTC)

Hi again, no problem, I didn't even notice any change to my profile so it's not an issue.

I'm still not convinced that these edits are justified by the information we have. You may be mistaken on an important point. Kain wasn't aware whatsoever that he had the Heart of Darkness in his chest until Raziel pulled it out of him near the end of Defiance, so that doesn't have any influence on his motives or mindset in Soul Reaver 2. He had no idea where it was. I would rewatch the scenes in Avernus Cathedral.

The plot involving the Hylden Gate is also not meaningful, as that was fully dealt with within Blood Omen 2. The only loose end is Janos falling into the Demon Realm, but we don't know what that culminates in, or ultimately why it matters so much to Kain that Janos should stay dead, because we're never told.
Fact is, we simply do not have a clear, sensible explanation to this plothole, which is why it belongs in a list of things which stand to be resolved in the future. --LoK-Aevum (talk) 22:27, May 29, 2013 (UTC)

OK, well let me sum up my rebuttal in the form of a question: why should we assume that Kain goes through life wanting to prevent the Hylden Gate from opening, when it was blown to smithereens in Blood Omen 2? Where is the risk for Kain - what is the point, to him, of stopping anything in BO2 from happening?

There are no serious consequences or stakes involved there that we know of, it doesn't make sense, and it probably won't make sense unless something comes out which elaborates on the events following BO2.

It's awesome to see what appears to be some new official activity surrounding Legacy of Kain; I just hope the developers know what they're dealing with and treat the series with the dignity it deserves. --LoK-Aevum (talk) 23:02, May 29, 2013 (UTC)

Retrieved from "https://legacyofkain.fandom.com/wiki/User_talk:Liquid_speaker?oldid=76578"
Community content is available under CC-BY-SA unless otherwise noted.