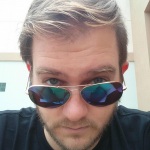 Greetings, could you please kindly refrain from repeatedly deleting images on this wiki without engaging with the admin team. I am not sure if there's something puritanical brewing at Wikia, but I cannot see anything out of the ordinary in the (officially sanctioned) file you have chosen to contest. Our editors require a reasonable degree of freedom to document material from the games without ostensibly random antagonism. I feel it would be more prudent to communicate than engage in delete/upload wars, so please oblige. Cheers, --Aevum (talk) 12:13, June 9, 2016 (UTC)

Thanks for the eventual reply. Please excuse the harsh tone. It's proven difficult to get any worthwhile responses out of Wikia staff lately, and getting worse over time, hence the consternation.

I am not sure we're accepting there's anything over the line about this image in particular. The objection seems pretty oblique. You're referring to TOU violations and stating your interpretation that "the rest of your images are obviously perfectly fine, but that one should stay deleted" without offering any guidance or common sense rationale we ourselves can apply. I doubt you have reviewed any other images here. Rather, I'm gathering it was just the filename that singled out that particular image and alerted you here at all. If I were inclined to behave in bad faith, I would have profited in this case by renaming that file beforehand. This series deals in mature themes, with plenty of comparable artwork in the galleries. We're not seeing what's perfectly fine about everything else or problematic about this piece.

Looking over your history, you've previously tended to censor pornography but ignored or given a pass to images with a classical or artistic bent. There's inoffensive artistic nudity in this instance without the obscenity or pornography cited in the TOU.

I'd like to assume you don't promote a bad faith mentality that forgiveness is easier to ask than permission by applying policies inconsistently or unfairly, but unfortunately this is the implication here and the verdict appears to violate the past spirit of your law in this instance. We prefer not to leave such matters subject entirely to the flip of a coin discretion of an outsider, so I need to, with all good faith, contest the judgement. --Aevum (talk) 17:49, June 9, 2016 (UTC)

Respectfully, my message was comprehensive enough that I need to request further elaboration or maintain the objection on all counts.

The image is rare illustrative material and is not trespassing a reasonable "line" by my own, equally subjective, interpretation. Further, exceptions have historically hewn beyond "occasionally ... some very old paintings." With a quick search I've called up sets of similar images on fellow wikis as I speak. It's self-evident to the sufficiently attentive that your intervention here is the result of autoflagging from a filename and your unilateral discretion, less to do with diligent and consistent application of site terms.

As ill-inclined we may be to actively attempt to circumvent global moderation and/or look to competitors, it unfortunately signals a certain ill faith and antagonism towards well-intentioned contributors which we as a team are obliged to consider into the future. We must ponder this development. Cheers, --Aevum (talk) 19:28, June 9, 2016 (UTC)

I must say this is a rather invasive method of deleting images without our consent. I understand that talking about it with everybody would take too much time, but in questionable cases such as these it would be preferred if a discussion took place first.

As you can clearly see, the image in question is from a topless model from a cancelled videogame and has been uploaded because of this reason. It is neither obscene, nor pornographic. It is in fact a mere art asset and as such does not violate any Wikia´s ToU as far as I am aware of. Now, my question is, will you delete all of the images of Kain, who is topless, and Raziel, who is fully naked,  as well? They are the main protagonists of the series. They are equally if not more revealing as the image you deleted. Raina Audron (talk) 19:51, June 9, 2016 (UTC)

I do appreciate your message, but you must acknowledge that as soon as you appeal we respect that you're just executing somebody else's puritanical mandate to remove certain content, we in turn desire respect for carrying out our mandate to upload official content from Square Enix. It's a bit precious, either way. The image is official content and complies with TOU as far as we are concerned. We have been editing here many years, long before you and most of your colleagues ever registered, without previous targeted disruption or difficulty. So when you are unconvinced by our position, and would like us to relent, and vice versa, that's incompatible.

It's not a personal matter. But ultimately, should your camp insist on applying ill-defined discretion while enabling loopholes of any description, we're left with the obligation to explore every recourse to exploit that hypocrisy and restore that image; be it adding couched offsite links to the image, reuploading watermarked or altered variations of the image, reuploading the original image while you're not looking, reuploading it when your contract ends, migrating to Gamepedia and actively operating against Wikia, etc. That's fine, but it is regrettable, another antagonistic and demotivating distraction from our volunteer work which you and yours have benefited from over the years. I realise that is certainly of little to concern to Wikia's current incarnation, but for us there are duties and principles we need to regard. --Aevum (talk) 21:31, June 9, 2016 (UTC)

We're not necessarily opposed to a censor out of hand; our real interest is in trying to preserve the original image for posterity. We're trying to document the series as best we can, without any destructive editorialism. (I know Wikia insists in the TOU that it does not operate as an archive, but realistically that is our practical purpose here.) To achieve our goals as editors, that image would need to be made available by one means or another. So, if you're saying there's a loophole here allowing us to display a modified version of the image and still host the original (available on request, let's suppose), link to an offsite version, or some variation of that, it would resolve the problem. Thus far my impression has been that you guys are trying to get rid of any trace of that image outright, but I may be mistaken. --Aevum (talk) 22:47, June 9, 2016 (UTC)

As far as I know, that practice is already permitted in general (or at least overlooked), but if it is to be considered formal approval that we needn't qualify the image beyond that, then I think we could live with this good faith gesture. I think, though, we'd be equally happy, and have an easier time, with a censored version and permission to note that our local admins can retrieve the uncensored image from Wikia servers on request, which we currently can, but I haven't researched Wikia's long-term practices on storing deleted images (how long are they hosted, are questionable ones in particular ever removed, etc)... In the end we're just interested in keeping the series' artwork in circulation for however many years to come. --Aevum (talk) 23:42, June 9, 2016 (UTC)

In that case, I don't think we would further contest the instruction to put up a censored version in public. I will probably have to leave the actual image modification to you/Wikia, though, as the objection is on your end. --Aevum (talk) 11:32, June 10, 2016 (UTC)

We are interested, but we have to ask you to censor the image as you see fit, since it's your discretion and interpretation that comes into play here. --Aevum (talk) 20:51, June 10, 2016 (UTC)

Yeah, well as I say it's entirely your discretion that's the obstacle here and that's still too subjective to work with unfortunately. I don't feel it's much to ask personally, but if you guys shirk that request, we'll just need to insert a "Censored By Wikia Staff" placeholder image of some sort instead. Aevum (talk) 21:54, June 11, 2016 (UTC)

Retrieved from "https://legacyofkain.fandom.com/wiki/User_talk:Ducksoup?oldid=98463"
Community content is available under CC-BY-SA unless otherwise noted.