Locations article
The Sarafan Keep in the era following Blood Omen, as depicted in Blood Omen 2

The Sarafan Keep is a playable location in Meridian , seen in Blood Omen 2. House of my Enemy (chapter) takes place in the Sarafan Keep.

The Sarafan Keep was a dominating walled fortress overlooking Meridian,[1] it was presumably the headquarters of the Sarafan and the home of the Sarafan Lord . The Keep was first seen in the opening video to Blood Omen 2 where Kain's army is shown to meet the Sarafan Order just outside of the walls of the Keep.[1] With the battle lost, Kain was knocked off a cliff to his apparent demise[Blood Omen 2].

Two centuries later, shortly after Kain's revival, the CabalVampire Umah was captured in the Industrial Quarter by Sarafan guards, who took her to the Sarafan Keep for imprisonment and execution.[2] This necessitated Kain travelling to the Upper City to learn of the secret entrance to the heavily guarded Sarafan Keep from the Bishop of Meridian.[3][4][5]

Kain entered the Keep[6][7] through the servants quarters and made his way through the opulent and luxurious Sarafan Keep, he was briefly stopped by a female Cabal Contact who demanded the death of nobleman Artemis, before he was given access to the upper levels of the Keep[8] to find Umah,imprisoned behind Ward gates on the roof.[9][10] Breaking her out he was confronted by the (Soul Reaver wielding) Sarafan Lord, but before Kain could be harmed, Umah teleported them to Sanctuary.[11] 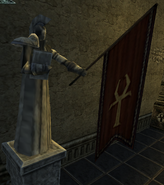 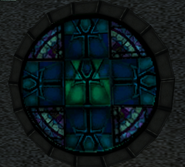 A Sarafan Lamp and projected symbol

Murals of the Sarafan Lord's revenge 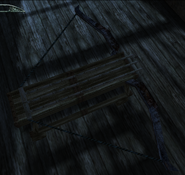 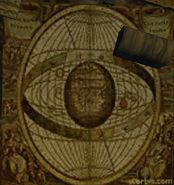 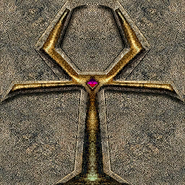