Edit
The main aphorism, and closing line, of Soul Reaver 2.

History abhors a paradox, Raziel.
Even now, the time-stream strains to divert itself, finding its old course blocked by your refusal to destroy me.
The future is reshuffling itself to accommodate your monumental decision.Kain

Much of the story behind Legacy of Kain involves the elements of destiny, fate and traveling through time and as a consequence, introduces many paradoxes. These paradoxes further add to the confusion, as each paradox that comes up throughout the games tends to actively re-write history and the course of past, present, and future events.

In general terms, a paradox ([ˈpærəˌdɒks], pl. paradoxes) signifies a contradictory statement that may nonetheless be true. Paradoxes range from logic, to mathematics and economy, however the term used in Legacy of Kain series relates to what is known as a time paradox.

A time paradox is an event or condition, caused by something a time traveler does while in the past, that is logically impossible based on the state of the universe in their original time. Time paradoxes are further subcategorized. Despite the fact that a paradox signifies an alteration in the course of history (also known as timeline corruption hypothesis), the games are also filled with what is known to be a predestination paradox.

The timeline corruption hypothesis assumes that any change in the timeline, even without personal interaction, while allowable, would cause a "butterfly effect" in the timeline. All history after the time the traveler visited would be affected by minute changes the traveler had made in the past, and the history, depending on how severe the time traveller's actions were, would sooner or later be completely changed. Evidently, Kain through his actions in Soul Reaver 2 attempts to re-shuffle the course of history by introducing paradoxes of his own.

A predestination paradox (also known as a causal loop or closed time loop) exists when a time traveller is caught in a loop of events that "predestines" or "predates" them to travel back in time. Because of the possibility of influencing the past while time traveling, one way of explaining why history does not change is by saying that whatever has happened must happen. A time traveler attempting to alter the past in this model, intentionally or not, would only be fulfilling their role in creating history as we know it, not changing it. Or that the time-traveler's personal knowledge of history already includes their future travels to their own experience of the past. A major example where predestination is evident is the Soul Reaver as well as Raziel, whose soul is contained inside; Raziel's soul must become part of the Reaver, despite the fact that it has been a part of the weapon the whole time.

The most common paradox seen in the Series is the Soul Reaver Paradox; where two versions of the blade meet in space and time, creating a paradox powerful enough to reshuffle history. Raziel's free will may also be explained in terms of him effectively being a walking Soul Reaver paradox (whilst armed with the Wraith blade)

The very first paradox introduced in the series is that of a time alteration paradox, namely the Soul Reaver Paradox and takes place during Blood Omen. In this event, fledgling Kain is cleverly manipulated by Moebius into using a Time Streaming Device which would propel him 50 years into Nosgoth's past. Once there, he is presented with the choice to assassinate William the Just, forever preventing him from becoming The Nemesis.

As Kain clearly states in Soul Reaver 2, when two identical items meet in time and space a paradox occurs. As a result, William's version of the blade shatters, later to be fixed by Raziel (see below), William dies a martyr's death and Moebius manipulates the whole event in order to incite a genocide against the vampires, leaving Kain as the only surviving vampire in Nosgoth.

The second time paradox created occurs during the events of Soul Reaver 2, when Raziel refuses to kill the elder Kain in front of the tomb of William the Just. Also known as the First Paradox, Raziel's actions have a profound result and eventually make Kain's actions later in the game (but earlier in the timeline) possible (see below).

Notes: Assuming that Raziel killed Kain instead of fighting the urge, elder Kain would cease existing and Raziel would eventually be devoured by the Reaver.

A third paradox occurs during the end of Soul Reaver 2, when Raziel after having slain his former human self with the Reaver, is slowly consumed by the blade. At that very moment, Kain intervenes and removes the Reaver from Raziel's chest, preventing his imprisonment within the blade.

This event sets in motion a new series of events: With Raziel free, instead of imprisoned within the blade and elder Kain in the possession of the Blood Reaver, the resurrection of Janos Audron (see below) and the forging of the Spirit Reaver become possible.

Notes: Had Raziel not spared Kain when he was given the opportunity, he would eventually end up imprisoned within the Soul Reaver, Kain not being present to prevent it from happening. However, it should be pointed out that several -if not most- of the events that occur during Defiance, are directly linked to the above two paradoxes 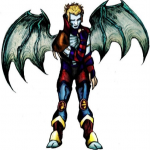 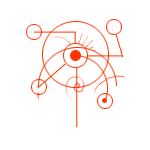 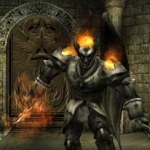 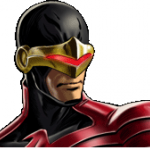