This is a list of characters who were set to appear in the cancelled sixth game, Legacy of Kain: Dead Sun.

Asher was a character planned to feature in the prospective sixth game in the Legacy of Kain series, Legacy of Kain: Dead Sun. He and the Saradin vampire, Gein, were to act as the title's protagonists. Asher was a human killed by Gein, but his soul would become accidentally bound in Gein's body. This unique entity would go on to explore a mystery revolving around the Elder God. 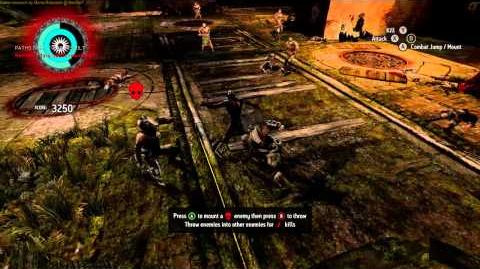 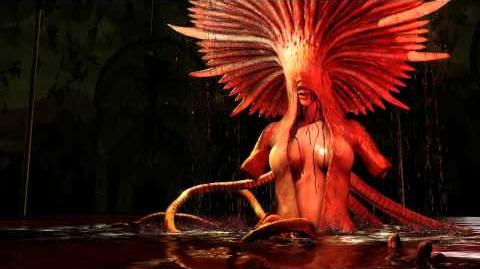 Gein was a character slated to appear in Legacy of Kain: Dead Sun, a cancelled prospective sixth game in the Legacy of Kain series. He, alongside the human, Asher, was intended to act as the protagonist of the title. Gein was a Saradin vampire, and his body would become host to Asher's soul in an accidental phenomenon. He and Asher would collaboratively explore a mystery revolving around the Elder God.

Following the February 2013 discovery that Square Enix Europe had registered rights to the domain name "warfornosgoth.com", the Official Xbox Magazine's Edwin Evans-Thirlwell publicized a storyboard drawn by Passion Pictures artist Richard Buxton. Evans-Thirlwell noted it featured "some highly Kain-ish art", and a prominent vampire character, but Buxton declined to confirm its connection to the series.[1]

In 2013, Legacy of Kain fan Divine Shadow made contact with Climax Studios personnel, who revealed that they had worked on an unannounced title, Legacy of Kain: Dead Sun, from 2009 to 2012. Among other topics, the anonymous staff members discussed the project's story concept and its protagonist. According to them, Square Enix Europe had issued the mandate that the new game "must feature a new main character with a story distant to the original series". The characters of Gein and Asher were subsequently conceived.[2]

• "A distant continuation of the series – in the same way that Doctor Who and Star Trek: The Next Generation took place in the same universe but were not immediate continuations of previous events."
• "Legacy of Kain: Dead Sun is set in Nosgoth's far future, long after the events of Soul Reaver."
• "There is a race of blue-skinned vampires living in this era –known as the Saradin. The vampires have evolved beyond those seen in the series previously, and have the ability to shift between spectral and material realms at will – and to consume souls. The vampires are devoutly religious."
• "Gein is one of these Saradin vampires, and he attacks a human of Nosgoth called Asher. Gein kills Asher and begins to feed on his soul. Something happens here that causes Asher's human soul to accidentally become bound in Gein's body. Gein becomes a unique creature, a human soul in control of (and trapped in) a vampire body."
• "Gein/Asher attempts to return to his human village, but during his absence the settlement has been attacked and torched. Gein/Asher unsuccessfully attempts suicide."
• "Gein/Asher explores Nosgoth with his new abilities. His quest for revenge against the destroyers of his village and those responsible for his circumstances – becomes a quest that will decide the fate of the world, as per Legacy of Kain tradition."
• "Asher (the human trapped in the vampire body) begins to realise that Gein (the original vampire soul of the body) is still present. Gein appears to Asher in visions, providing a vampiric perspective and alternate insight into the game’s events."
• "The story would have explored the mystery surrounding a very old vampire child, and revolved around The Elder God. Religion was one of the game's overarching themes."
• "Further story links to previous games."
―Divine Shadow[2]

The developers confirmed to Divine Shadow that Buxton's storyboard depicted Gein/Asher – it "was for a CG trailer that was never made" – and contributed additional images from Legacy of Kain: Dead Sun, depicting Gein/Asher in and out of combat.[2]

Concept art for "The Hunter" trailer. 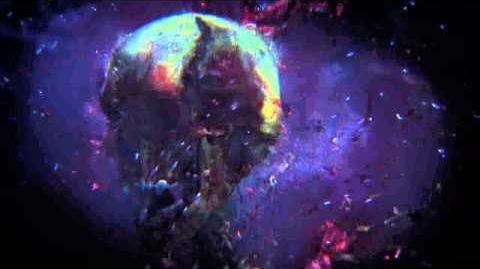 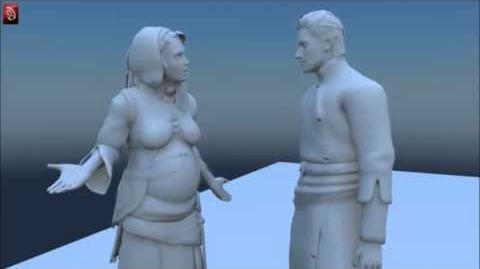 "jeen-lih-lun-character8"
Add an image to this gallery

The Elder God, the series' main antagonist, was to return in Dead Sun. Divine Shadow stated that the game's story "revolved around The Elder God." Yin-Poole wrote that "the story had to do with The Elder God from previous Legacy of Kain games, who would pull the strings from behind the scenes."[EG-DS-Cancelled]

The emperor character was briefly mentioned in Yin-Poole's article, which reported that he was a voiced character played by Howard Charles.[EG-DS-Cancelled]

A human character featured in concept art released by Kelion. The art's filename described her as a "female trooper."

An armored, winged character featured in concept art released by Kelion. He added, "that wasn't a Hylden. There was no Hylden presence in that (now cancelled) game."

"jeen-lih-lun-character4b"
Add an image to this gallery

Jael was a female human character modelled and textured by 3D artist Dan Hitchen. Hitchen posted renders of the character to his portfolio.

"Jael High Poly Head"
Add an image to this gallery

A male Saradin vampire character featured in concept art released by Kelion. The art's filename described him as a "master."

Saul was a character central to the plot of Dead Sun. Divine Shadow mentioned that "the story would have explored the mystery surrounding a very old vampire child." Yin-Poole explained that "the story had to do with ... a creepy vampire child called Saul. Saul, who was conceived by a vampire and a human woman, would be a presence throughout the game, and have a strange, almost psychic vampire nature to him. Saul would indicate a possible evolution for the vampires in the Legacy of Kain universe."[EG-DS-Cancelled]

The name Saul derives from the Hebrew שאול ‎("asked for" or "prayed for"). The biblical Saul was the first king of Israel, and was rejected by God for his disobedience. Saul is also the alternative form of the Old English sawol, meaning "soul" or "the intellectual or immortal principle in man." 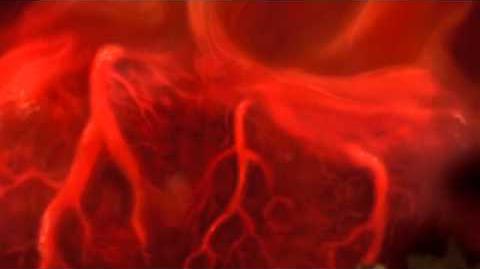 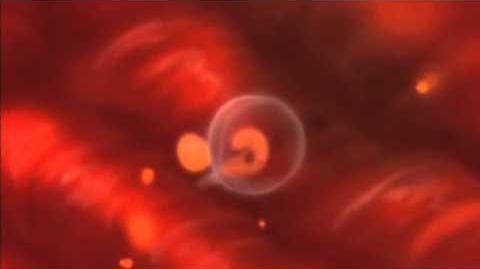 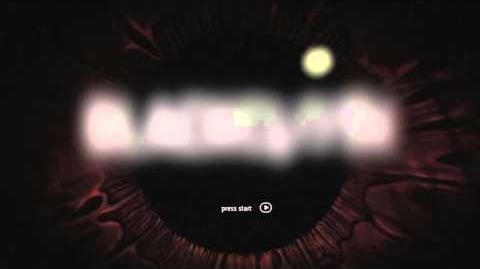 "IpxPH0I"
Add an image to this gallery

Lascene was a character mentioned in the "History of the Temple" codex entry.

"It was customary for the most favoured concubines to have pleasure palaces built for them, smaller seraglios designed to allow them to rest and relax away from the more strenuous activities of Sabara.

"When it came time to build one for Lydia, after she was made a concubine, Lascene commissioned a palace with its own tepidarium, knowing that the water was something Lydia loved.

"He built the baths in such a way that they could also sluice blood into them – blood being the only way that vampires could stand to be in water themselves. When the Vampire Civil War began, Lascene sent all of the harem to the pleasure palace for their safety, along with eunuch guards to ensure their safety."
―Legacy of Kain: Dead Sun

Pere Lagos was a character mentioned in the "Pere Lagos" codex entry.

"Pere was Nosgoth's oldest fisherman: famed across the lakes for his ability to hold his breath.

Retrieved from "https://legacyofkain.fandom.com/wiki/List_of_Dead_Sun_other_characters?oldid=193277"
Community content is available under CC-BY-SA unless otherwise noted.