Locations article
Outside the Eternal Prison in Blood Omen 2.

The Eternal Prison is a playable location in Blood Omen 2, it is outside Meridian and is featured in Bad Blood.

The Eternal Prison is a jail where there those who "have transgressed the laws of gods and man"[1] are sent to "contemplate the wrongs they have done" for an eternity, through the 'timeless' nature of the Prison. Though claimed by the Prison guardians to be a place of "peaceful meditation",[1] it is revealed in fact to be a horrifying hell-like place where the inmates are tortured mercilessly and the laws of physics, including the passage of time itself,[2] do not function as expected.

Kain first travelled to the Eternal Prison on the direction of The Beast, hoping to find the Builder and information about how to destroy the Device. The Beast directed him down a trail along the cliffs to the precariously perched Eternal Prison.[3] The Prison guardians warned Kain that any form of interference or intrusion would not be tolerated and made several attempts to Teleport Kain away from the prison before physically attacking him.[1][4][5] Kain made his way through the prison passing through several decayed vaults, cell areas and 'impossible' rooms, uncovering the hell-like torturous nature of the Eternal Prison.

Kain found the Builder In a pyramid cell at the heart of the prison[Blood Omen 2], and from him Kain found that the creature at the heart of the Device, the Mass, could be poisoned by the Blood of the Elder Races,[6] but also discovered that the Glyph magic network meant the Device could be used immediately.[7] Killing The Builder (and 'releasing' him from his eternal torment),[8][9] Kain drank his blood and attempted to escape the prison, apparently damaging much of the equipment within and "ruining" the Prison Guardians "great experiment", along the way.[10]

Throughout the Eternal Prison, Kain's progress was dogged by an insane mutilated vampire, the vampire taunted Kain as he tried to escape the prison through the 'invisible maze' and Kain was eventually forced to confront the mad vampire to escape (see also Magnus (boss)). Kain was able to topple a large statue of Moebius onto the vampire, who regained his memory as Magnus, a former champion in Kain's vampire army who had been sent to the Prison after attempting and failing to defeat the Sarafan Lord single-handedly, the night before the battle of Meridian.[11] Granting the vampire 'release', Kain was able to gain the Dark Gift Immolate and return to the Device . 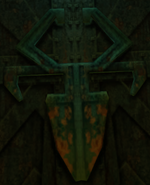 The Symbol used repeatedly throughout the Eternal Prison 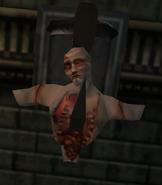 Torso on a hook (still alive) 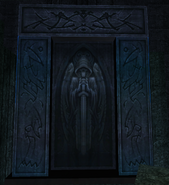 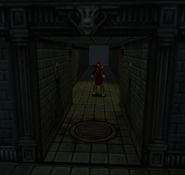 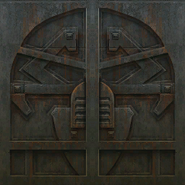 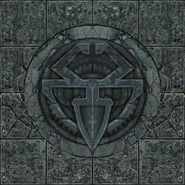 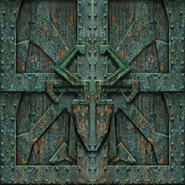 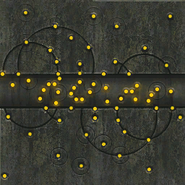