Bloodstone bridges were a set of magically summoned walkways used by Raziel in the puzzle to ascend Janos Audron's Retreat in Soul Reaver 2.

Bloodstone Bridges were crucial to solving the puzzle inside the inner sanctum of Janos Audron's Retreat and ascending to Janos's chamber in Soul Reaver 2.[Soul Reaver 2]

When Raziel first entered the lower levels of the retreat, he found a basin filled with Blood and an empty chalice nearby on a small pedestal. Clearing the chamber of its hazards, Raziel was able to fill the chalice from the basin and move up to a higher level, where he poured the contents into a second empty basin, marked by several arcane symbols surrounding it on the floor and an illuminated lamp. Once activated in this manner, a 'sheet' of blood would appear between the symbols and the intended destination, which quickly clotted and darkened - solidifying into a black and red bridge or ramp structure that allowed Raziel to climb higher up the retreat.[Soul Reaver 2][Soul Reaver 2 strategy guide (Prima)]

Raziel would activate several Bloodstone bridges in the inner sanctum of the retreat, finally allowing him to reach the top level of the aerie and Janos's chambers.[Soul Reaver 2] It was ultimately implied however, that by activating the Bloodstone bridges, Raziel had unwittingly provided the Sarafan commanders with a method to ascend the retreat themselves and to reach their greatest enemy.[Soul Reaver 2/9] 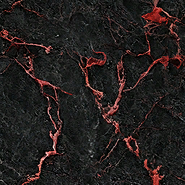